Yesterday afternoon, we received several calls at home from people who had gone by a severe auto accident on Hwy 3, south of Northfield. Details we received from the State Patrol were a little sketchy as yet, but apparently one vehicle blew a tire, and this created an accident where a mini-van went into the ditch and hit a row of our trees in our Hwy 3 field. A semi truck carrying hay bales was also involved. How it happened – is still unclear to us at this point. The person in the minivan that hit the trees was airlifted, but according to the State Patrol officer, he felt that he would be okay. Our thoughts and prayers are with that person. 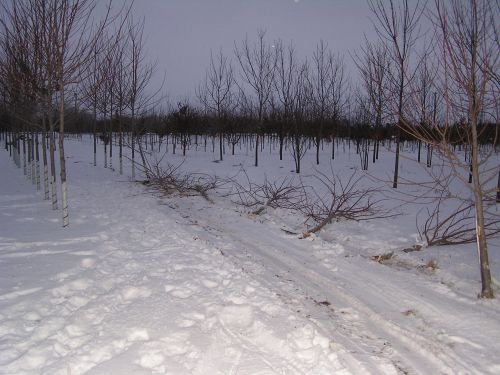 This is just another reminder to practice defensive driving. A nice afternoon, with dry roads, and an accident like this can happen. Drive safely!